Exploring the caves of Sri Lanka

Posted by journeyscapes on November 2, 2021 | Featured

Sri Lanka is well known for its fabulous beaches, majestic mountains, mighty elephants, rare leopards, giant whales, satisfying tea, and rich culture. But lately, Sri Lanka’s unique and adventurous caves have caught the attention of adventure seekers from all over the world. World tourists who are interested in Speleology (the scientific study of caves and other karst features, as well as their make-up, structure, physical properties, history, life forms, and the processes by which they form and change over time.) have started to visit this island nation for cave exploration. The caves of Sri Lanka hold both archeological and religious significance. Exploring Sri Lankan caves will be undoubtedly a thrilling and one-of-a-kind experience. The following are some of the popular caves of Sri Lanka. 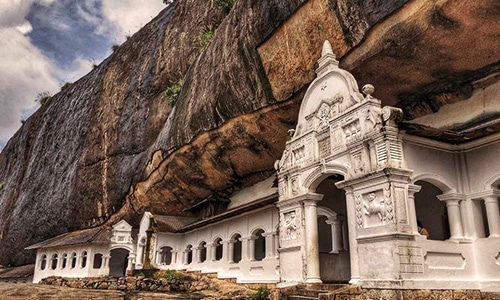 This world heritage site is situated in the central part of the country and is also known as the Golden Temple of Dambulla. This is also known to be the best-preserved cave temple complex in Sri Lanka. The rock is approximately 160 meters tall over the surrounding plains. The area contains more than 80 documented caves and 5 of them hold statues and paintings related to the life of Lord Buddha. There are 153 statues of Buddha, 3 statues of Sri Lankan kings, and 4 statues of Gods and Goddesses.
The temple complex is as old as the first century BCE and burial sites with human skeletons about 2700 years old are found in these cave complexes and it is believed that prehistoric Sri Lankans would have lived here before the arrival of Buddhism.

It is also known as Batatotalene Cave. The cave is 49 feet high, 59 feet wide, and 82 feet long. Buddhism believes that it was in this cave that Buddha spent the day after placing his footprint on Adam’s Peak from where he proceeded to Dighavapi. 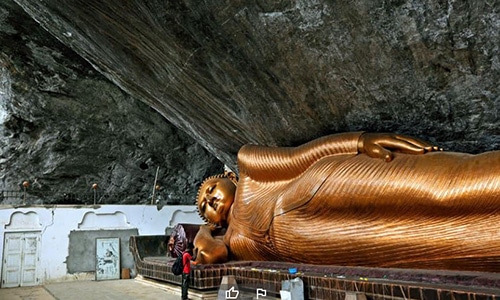 It is also known as Fa Hien Cave, named after the Buddhist monk, Fa Hien. Late Pleistocene human fossilized skeletal remains were discovered in the cave’s sediments during excavations in the 1960s, the 1980s, and 2013s, and hence the site holds a high archaeological significance 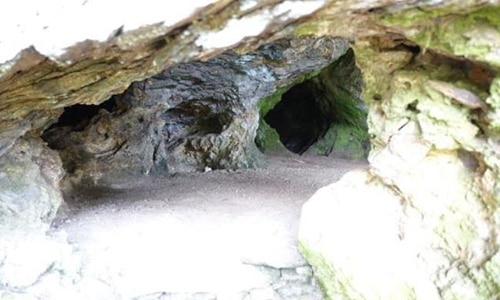 This cave is popular in Sri Lanka. The cave holds evidence to prove that human beings lived 32,000 years ago. There are skeletal remains of human beings in the site which are believed to be of Balangoda Man’s (Homo Sapiens Balangodensis) who is believed to have lived as early as 32000 years ago. 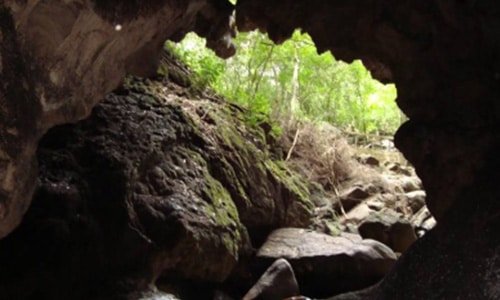 The Cave got its name ‘Wavalpone Cave’ which means the dwelling of bats because more than 200000 bats are living in this cave.

This is a sacred Buddhist temple. The history of Aluvihare Rock Temple is traced back to the 3rd Century B.C. Aluvihare Rock Temple was the historic location where the scriptures of Theravada Buddhism were first written down completely in the text on palm leaves. Many monastery caves, some of which exhibit frescoes are situated near this temple.

According to Ramayana, the ancient and famous epic of India, King Ravana abducted and hid Princess Sitha, the wife of Rama in this cave. Due to this reason, it has a lot of historical value.

This is a twin cave made of two caves, located near a beautiful waterfall. These Calcareous caves lodge a huge variety of birds, butterflies, fish, reptiles, and bats.

The entrance of the cave is approximately 4 ft. It splits into two main channels and smaller caves finally joining back after approximately 500 m.

Bogoda Cave is a part of a network of tunnels that leads to caves such as Rawana Ella Cave. It is believed that King Walgamba hid in this cave when the South Indian Kings invaded Sri Lanka.

Hunugalagala Cave, a Limestone cave is assumed to have been formed millions of years ago. There is evidence that the cave and the surrounding area belong to the period between 5,000 and 4,000 years ago.